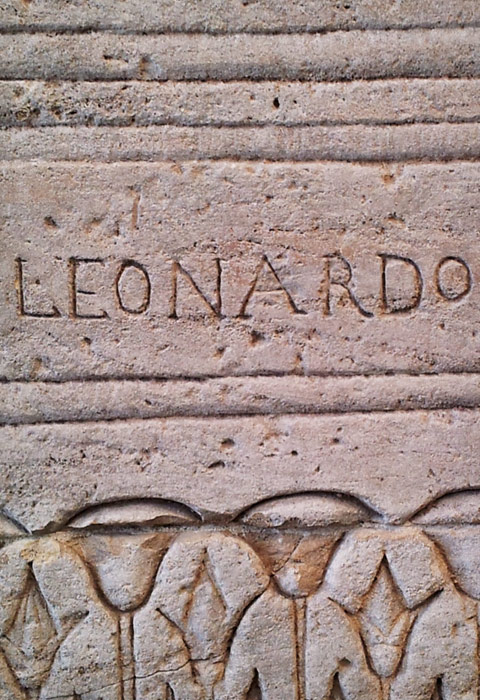 A family friend of mine passed over some images he took of the Sphinx of Hatshepsut exhibit at the Metropolitan Museum of Art in Los Angeles.

Ross noticed while admiring the stone sculpture, various graffiti carved into the stone. It appears to be real name markings from individuals, and they’re all dated. ‘Leonardo 1820′, ‘I. Madox 1828′ and ‘Belmore 1:1818′ are but a few.

That’s fine. People have been leaving their name markings in places they’ve been since caveman times. No big deal there. The thing I find glorious about these markings, is the typographic finesse and dexterity with which they’ve been carved. Well before the invention of sans-serif type, full serifed letters were likely all that was known. Each of these markings have been laboriously carved into the stone with elegant serifs, beautiful letter shapes, eloquent use of small caps, and balanced letter spacing.

Big thanks to Ross for these photos.