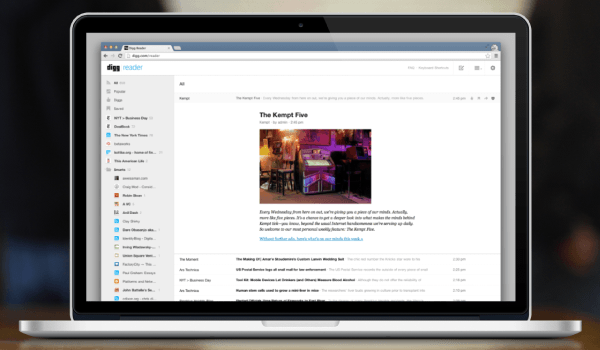 Now with that said – I’ve been on the hunt recently for a good replacement.

Many folk have chosen Feedly as the heir to the Reader throne… but I wasn’t that impressed.

The beauty of Google reader is that you could swiflty toggle between a news style ‘popular’ readout, and then back over to your per-blog style time based readout.

Its simple, but I think Feedly’s overkill – it doesn’t give the same weight to all the content in one’s blogs, which sort of skews their importance and i felt I was missing things.

So – I tried Digg Reader, and Im really impressed.

Simple layout, ultra fast app, and a very slick iOS app that again is lightweight and just lets me access the content as fast as possible. Digg Reader has my recommendation as the best Google Reader replacement out there.